Lipo Laser – Getting To Know More About It

When it comes to managing obesity, quite a few new techniques and methods are being used. This is because after a stage managing obesity and even overweight problems the conventional way become quite difficult and we have to find out other ways and means to do it. Technology has never remained stagnant and the only thing constant about it is change. Hence, as far

As liposuction and other ways of obesity management are concerned, there have been quite a few changes to say the least. In this article we will try and learn about lipo laser which certainly is becoming a craze for many of us who are sick and tired of those extra lumps of fat around the body. There is no denying the fact that obesity and overweight problems could lead to quite a few health challenges. It is often considered to be one of the main reasons for hypertension, blood sugar and various problems. Every pound of extra weight puts additional burden on the cardiovascular system, the joints, bones and muscles. Therefore there is no doubt that being of optimal wealth is something that is of paramount importance and so we will look at this form of draining out excess weight and how it works. 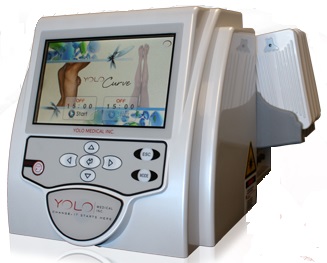 What Is This Method All About

Lipo surgery is a form of surgery by which laser technology is used to break up stubborn and tough fat deposits in various parts of the body. This is considered advanced when compared to the conventional method of liposuction. This is because it makes the process of sucking out excess fat easier, less invasive and therefore less painful. Harsh suction can be avoided and that is one of the main reasons as to why this form of surgery is being considered so very popular.

There are basically two ways by which you could use laser as a method for lipo surgeries. It makes sense to know more about it so that you can take an informed and correct decision. They are basically classified as external liposuction and internal liposuction. When we talk about external liposuction, we are referring to referring to a device which looks like a pen or pad. This is placed outside the patient’s body for some time before the actual surgery begins. Internal laser lipo suction is a method by which the laser device is attached to a suction device. It also could be attached to a fiber-optic probe and the same is inserted to the area that needs to be treated.

How Does It Work

As mentioned above, the main objective of any liposuction surgery is to try and remove the excess fat from the body. This is the main function that this form of surgery does. It helps in removing the excess inches of fat deposited in various parts of the body. However, since laser is first used, the excess fat get a bit loose and therefore the entire suction process can become easier and simpler. It also is considered less invasive when compared to other forms of liposuction and therefore the element of pain and suffering is also quite less. Further, the recovery time or the downtime is also much less because the whole process can be completed within a few hours.

The moot question that comes to the mind is whether this type of laser based liposuction surgery actually works on the ground. The answer is yes but it would depend on the type and level of fat that has been accumulated in the body. So, choosing the right skin specialist is perhaps the way in which you can get the right answer to this question. But there is no denying the fact that in 8 out of 10 cases, it does work well and offers the right kind of results at all points of time.

The Downsides To Be Borne In Mind